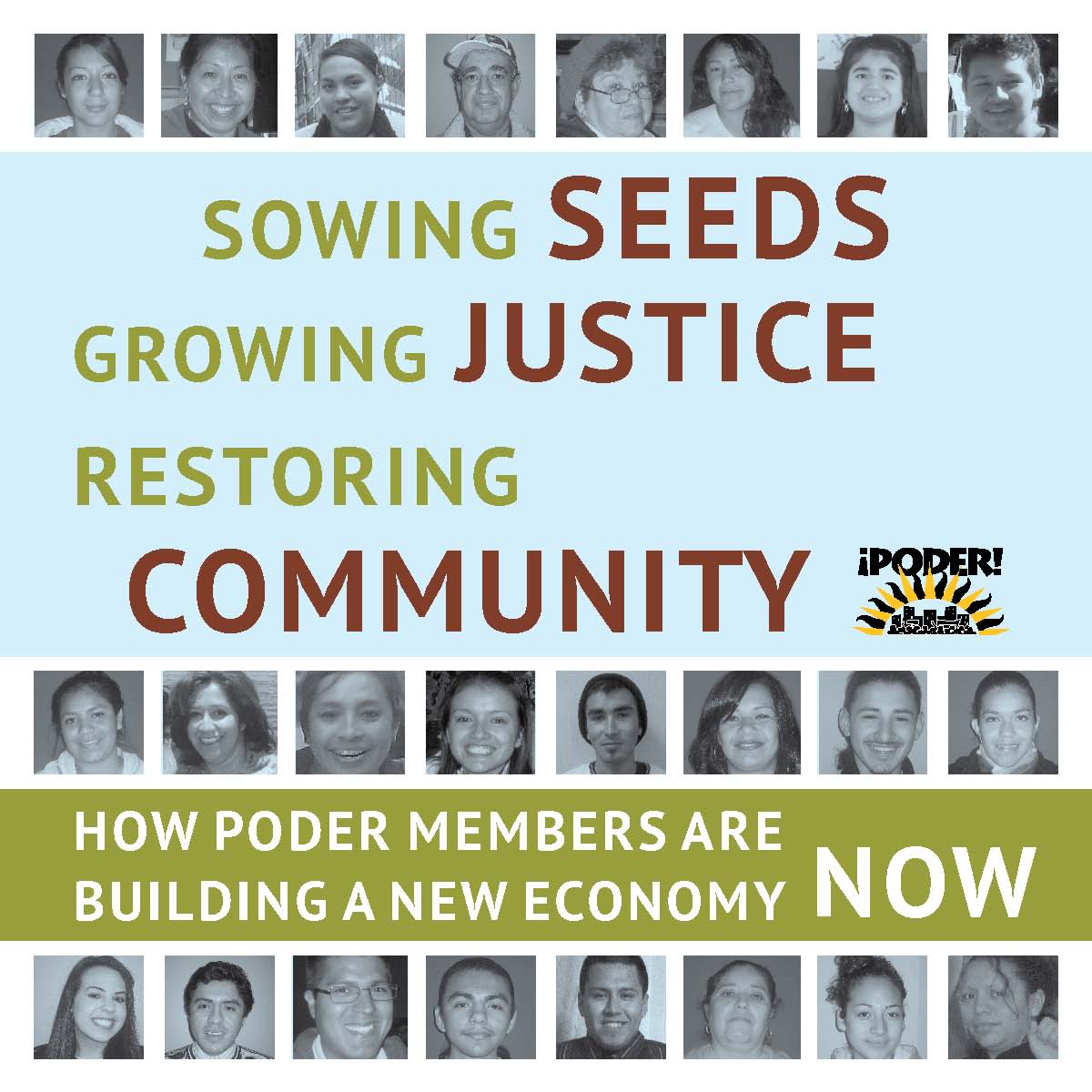 How PODER Members are Building a New Economy Now 2011

Even before the Great Recession in the late 2000s , San Francisco was a deeply unequal city, with immigrants — 37 % of the population — among its most vulnerable residents. Children born abroad or with a foreign- born parent make up almost two thirds of the City’s young people. They are coming of age in a city where the middle class has been decimated, where income inequality is rising, and where job growth is disproportionately concentrated at the top and the bottom: either in low wage work or in jobs requiring high levels of education. PODER engaged our members in laying out four powerful strategies to create an economy in the people’s hands and healthy, thriving neighborhoods.