Join us at the Roxie Theater in supporting Over the Wall, a series of short films and a panel discussion, on Thursday April 25th at 7pm.

OVER THE WALL features six short films focusing on the US-Mexico border, the wall, and the grave situation thousands of migrants, including children, are in today. The screening will be followed by a discussion with:

Jeremy Raff, writer and video producer at The Atlantic, and director of THE SEPARATED.

Ana Teresa Fernandez, the artist in ERASING THE BORDER (BORRANDO LA FRONTERA) who led a group of volunteers equipped with paint rollers and brushes to “erase” the border fence dividing the US and Mexico. 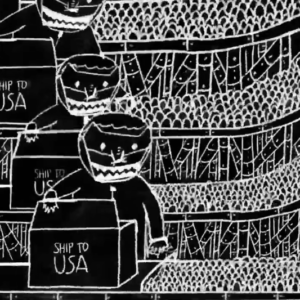